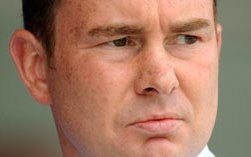 The Sky Bet Manager of the Month winners for February 2018 are in, this has seen Derek Adams named as the top boss in League 1.

Plymouth manager Derek Adams has been named the Sky Bet League One Manager of the Month for February.

What began as a climb away from the foot of the table in December has blossomed into a full-on tilt at promotion. Maintained his side`s focus superbly, guiding them to five wins out of five with Blackburn and Shrewsbury among their victims.

Adams said: “It`s important that you win awards, as it shows the success you are having at the football club.

“We try and break records and be successful. Part of that success is picking up the manager of the month award.

“We are on a fabulous run. It`s a great testament to the players and the staff that we have won it.”

He said: “Derek endured a difficult start to his first season in League One but now his team are climbing the table quickly and have regained that winning momentum that saw them promoted last season.

“A perfect month is always pleasing but to beat the top two teams in the process will have filled Derek and Plymouth with plenty of confidence heading into the final months of the campaign.”

Sky Sports` EFL pundit Don Goodman said: “One of the standout stories of the season will be Plymouth`s remarkable rise from bottom of the table in December to the Play-Off spots by the end of February, whatever happens from this point onwards.

“It was clear that Derek had really bad luck with injuries in the first few months of the season, but to inspire a turnaround like the one they`ve experienced takes a huge level of skill and this award is richly deserved.”

Sky Bet EFL trader Mikey Mumford said: “Plymouth are quite the story this amongst the bookmaking fraternity as Derek Adam`s side continue to defy the odds with their remarkable rise into the play-off places in League One.

“Sky Bet offered 1000/1 for Plymouth to finish in the top six in December when the club sat bottom of the table but the turnaround has been nothing short of extraordinary and leaves Sky Bet facing a potentially large payout!

“The Scot has taken 36 points from 15 games since then, and a flawless February which included wins over Blackburn and Shrewsbury means that price has contracted all the way into 9/4 and it`s only right Derek receives this recognition.”