Edwards Takes PFA Player Of The Month For January 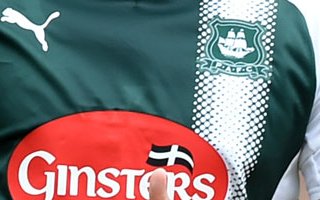 Plymouth Argyle’s Ryan Edwards has taken the PFA Fans’ Player of the Month Award for January.

The 24 year old’s performances across the month resulted in one goal and two clean sheets for his side in January and earned him a whopping 30% of the votes cast by fans.

The shortlist and % results:

Vital Football announced in October that we would be assisting in giving fans the opportunity to vote in The PFA Bristol Street Motors Fans’ Player of the Month Awards. Vital Football are part of the Snack Media set up, and Snack Media are the new digital media partner of the Professional Footballers Association of England and Wales for the next three years and they have revamped the PFA’s monthly awards.

Over those days, and during the voting hours for each division, fans will automatically see the voting widget appear at the bottom of articles on the network.

The shortlists for each vote (six players) will be drawn up with regular panellists from both the PFA and the Snack Media Group and they will be joined by monthly guest panellists which will include former players, managers, officials, journalists, social media influencers and fans themselves.