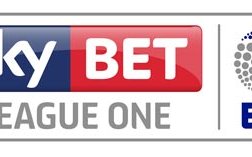 The February nominations for the Sky Bet League One Manager of the Month Award are:

Derek Adams (Plymouth Argyle)
What began as a climb away from the foot of the table in December has blossomed into a full-on tilt at promotion. Maintained his side`s focus superbly, guiding them to five wins out of five with Blackburn and Shrewsbury among their victims.

Tony Mowbray (Blackburn Rovers)
A busy month in which his entertaining side opened up a four-point lead at the top of League One with four victories and a draw from their six matches.

Chris Powell (Southend United)
Made an instant and positive impact at Roots Hall in his first month in the job. Ten points from a possible 12, only two goals conceded and his new team have been unleashed going forward as they climbed into mid-table.

Paul Warne (Rotherham United)
December`s winner was at it again in February as his registered a perfect month winning all five matches. Most impressive of all, he has had to re-shape his side`s style following the loss of on-loan goal machine Kieffer Moore.

Winners will be announced on Friday 9th March 2018.